Nice piece from the Echo's site today (I know there's no paper today), could have gone in the other forum I guess, but thought it kind of went alongside the Hall of Fame stuff we've been doing.

Sing the Blues for stadiums past

There was a two page spread with some good pics in yesterdays Echo OBL. ;)

The Big Dady said:
There was a two page spread with some good pics in yesterdays Echo OBL. ;)
Click to expand...

Was there? Sorry, it's dated today so assumed it would be going in Monday's, don't buy it often when the season's over!

Bernie pretending he played football! Probably one of the worst footballers I ever played with! Nice bloke though! 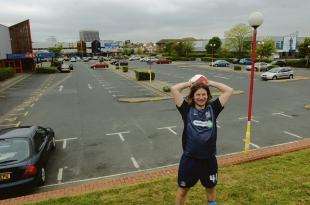